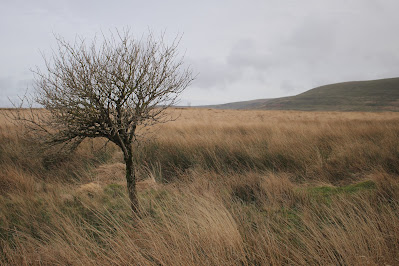 On the headwaters of the Afon Lwyd sits Waunafon Bathroom, a big expanse of Moilna dominated wetland habitat that is uncovered and bleak in wintertime however reverberates to the music of skylark in hotter months.

A go to to the lavatory in winter is an early entry within the naturalists New Yr diary. So final weekend, at an hour or so earlier than sundown I used to be pulling on my chilly climate clobber prepared for a session of quick eared owl watching – hopefully. Away from the coast Waunafon Bathroom is a little bit of a pilgrimage for native inland patchers. Traditionally there’s been as much as six birds recorded however numbers fluctuate from 12 months to 12 months, so nothing assured

Entry to the lavatory atmosphere is through a disused mine highway. These days this thoroughfare full with  its panoramic upland views is a venue for canine walkers, joggers and cyclists, so a person with binoculars and digicam gear does generate the occasional puzzled stare. On this go to the wind was gentle and the sky virtually cloudless splendid for owl and raptor watching.

First up was a pair of stonechat transferring from bracken to bracken high. A single meadow pipit was flushed from the roughage earlier than I reached my most popular viewing spot on the elevated bund of a disused railway monitor. Trying south I waited, scanning the vista earlier than me. Unlawful off highway bikers offered an audible and typically seen backdrop. After some time with gentle fading a single quick eared owl was detected shortly gliding and flapping between the willow scrub that’s now taking maintain within the centre of the lavatory. I watched for a number of minutes, earlier than, as if by magic, it vanished from sight. With mission completed, it was hometime, however not earlier than I caught sight of a raptor alighting on a fence put up mid lavatory. Though gentle ranges have been no longer nice, from its dimension and form this chicken was a merlin, clearly arriving to roost. I took various gentle poor high quality for affirmation. On my return a crimson grouse jogged my memory that I wanted to ‘return, return’ . An so I did.

The Timid and Curious Purple Fox